This number defines our tasks: With technical and/or designing construction measures to your garage, underground parking, halls etc. we ensure optimal conditions to protect your car with its value. These assets are approximately 98 per cent in a stationary condition. Recalculate? A year has 8760 hours. Ten weekends with ten hours at the steering wheel results in 100 hours in which you are on the road. With an average of 60 km/h you drive 6000 kilometres. The other 8660 hours your car is stationary. 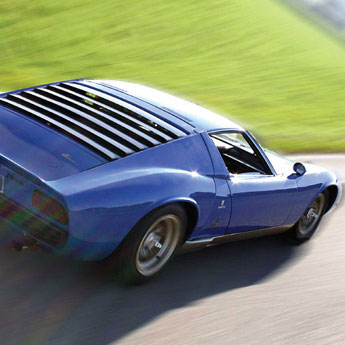 is a good job for machines. A lot must not be done manually. The heart of the Klima-Lounge is the control system. The optimal values are not only constantly measured, they are constantly held in the closed Lounge. "Constant" is the solution: Without systematic monitoring your car is damaged with natural fluctuations from 30 to over 90 percent of air moisture and temperatures from -15 to +35 So: Information regarding temperature is sent to the heating system. Data is sent to the system for the air exchange. With values outside of the optimum, the Lounge carries out measures against this independently. The Hygrothermometer monitors the weather precisely in the Klima-Lounge. Automatic 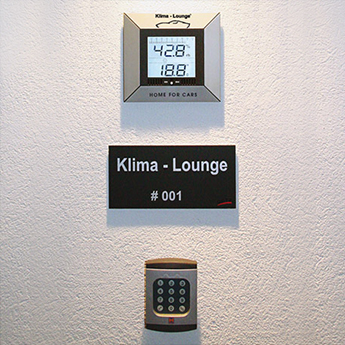 Exclusive only in the Klima-Lounge: Vitamins for your car

It works better than only "clean" - the Klima-Lounge ensures fresh and oxygen-filled air with ionisation and thus the best storage place for your car.

Technically this means that through the adding of an electron the Klima-Lounge-molecule will be charged negatively. Through this, gentle, softer air will be produced, the effect is similar to the use of a softener with washing or a micro-fibre towel as polishing towel.

Practically, it means that your car is better protected. Ionised air kills undesired micro-organisms which reduces quality, e.g. in the interior of the car. Bad smells are absorbed in advance. The ionisation reduces the static energy in electrostatic air and removes destroying particles. Thus the Klima-Lounge binds bacteria, fungal spores, gas-forming substances (e.g formaldehyde) and smoke particles in the air. Ionised air in the room binds exhaust air, dust and soot, cares for the car and maintains leather and rubber/seals, plastic, textiles and cushions. At the same time healthier, more biologically fresh air for people.

All our systems work for the well-being and the maintenance of your car.

is before the rain - that is the way it is in Europe. This is the reason why we have an air moisture of 83 percentage as a yearly mean average. Optimal conditions for your car is however the values, which lie far below this average. What do you think, how humid it is in your garage? Air moisture is the greatest enemy to your car. It creeps up on it, everywhere, corrodes the shifts and contacts, damages the electronics and causes rust. Most of all it attacks at night when the temperature sinks and air is even moister than during the day.

The Klima-Lounge keeps the air moisture in optimal range. Automatic. 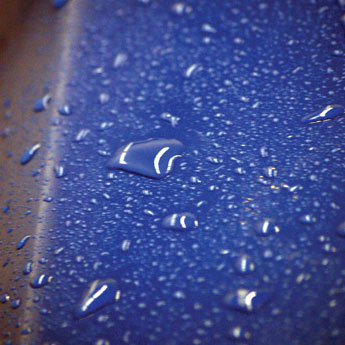 Too much air moisture is damaging - too less also. Champagne may be dry - sure. Everything else that has too less air moisture and / or too less fat loses elasticity. It becomes brittle, hard. It breaks. Moreover when it is put to stress, like the first drive in spring after a long winter.

Leather breaks. Or wires. Or rubber. Have you thought where the oil puddle came from?

As soon as the air moisture falls below the optimal value, the Klima-Lounge regulates the air by adding moisture to the air in the room. Automatic. 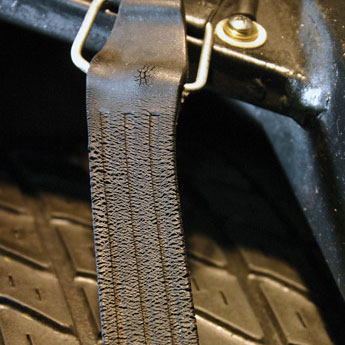 A normal reaction with such pictures: Just do not look. This attitude could be very dangerous for your car. Chemical processes take place faster than you suspect. Already with an air moisture of 70 percent invisible mould and spores begin to form. And even in the car the danger of bacteria and mould formation is great - especially there, where one cannot see, example on the interior side of the cladding and seats. Musty smells and health damaging evaporations unfold - but not in Klima-Lounge. The Klima-Lounge protects your car extensively. Automatic. 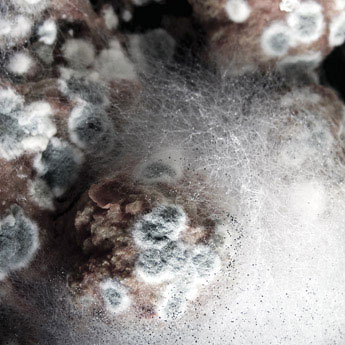 is for stationary cars more stress than a day in winter. In summer the air is warmer, it absorbs more air moisture. The car is unprotected against this air. What the aggregates now perform is measureable in buckets: in an average garage the Lounge filters up to 15 litres of waste water.

from the air on three successive days. With constant temperature, spatial air circulation and periodical addition of fresh air is not only ensured by the Klima-Lounge for a valuable mixture, but also for a constant and efficient circulation of the molecules. It prevents adverse effects on the car. Take pleasure in your trips by car - with the Klima-Lounge you will have more fun. Automatic. 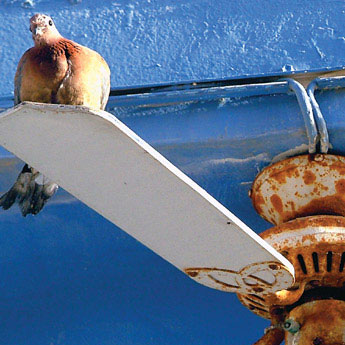 Cold air is an enemy to your car. Why? Cold air takes up less water vapour than warm air. That means: On cold metal surfaces the water vapour condenses and creeps up invisibly in the smallest openings of the car.

The consequence: Corrosion. Especially dangerous are garages and underground parking lots of concrete: With a change in weather the concrete walls begin to sweat and also your vehicle.

The Klima-Lounge heats up as soon as the temperature falls below the optimum level. Automatic. 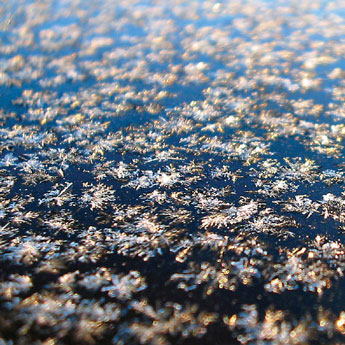 that also long distances can be covered with the first steps. This is the same for the process of decay. You now know how the first steps of a car's 'worst scenario' could look like, and how it could end. Damages like corrosion, oxidation, mould-formation, porous seals, rust, condensed water, creepage, corrosive copper, electronic damages, bacteria inhabitation that could be caused while the car is stationary , is not only costly but also causes anger. Rubber sealing lose their functions and it results in loss of oil, plastic breaks, leather becomes brittle, the uncountable plug connections of the electronic systems become damaged and cause disorder like wrong display, breakdown of light or worst, the substance of the car is endangered through rust, bad smells result in the interior, etc - the list is long. You know now how the damages could be avoided, how to protect the material value of your car and have more fun with it. With Klima-Lounge. Automatic. 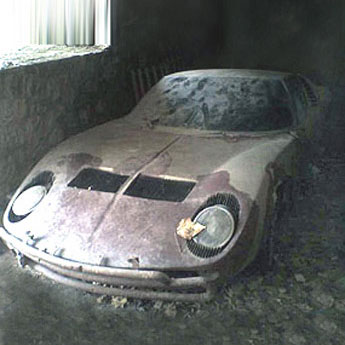